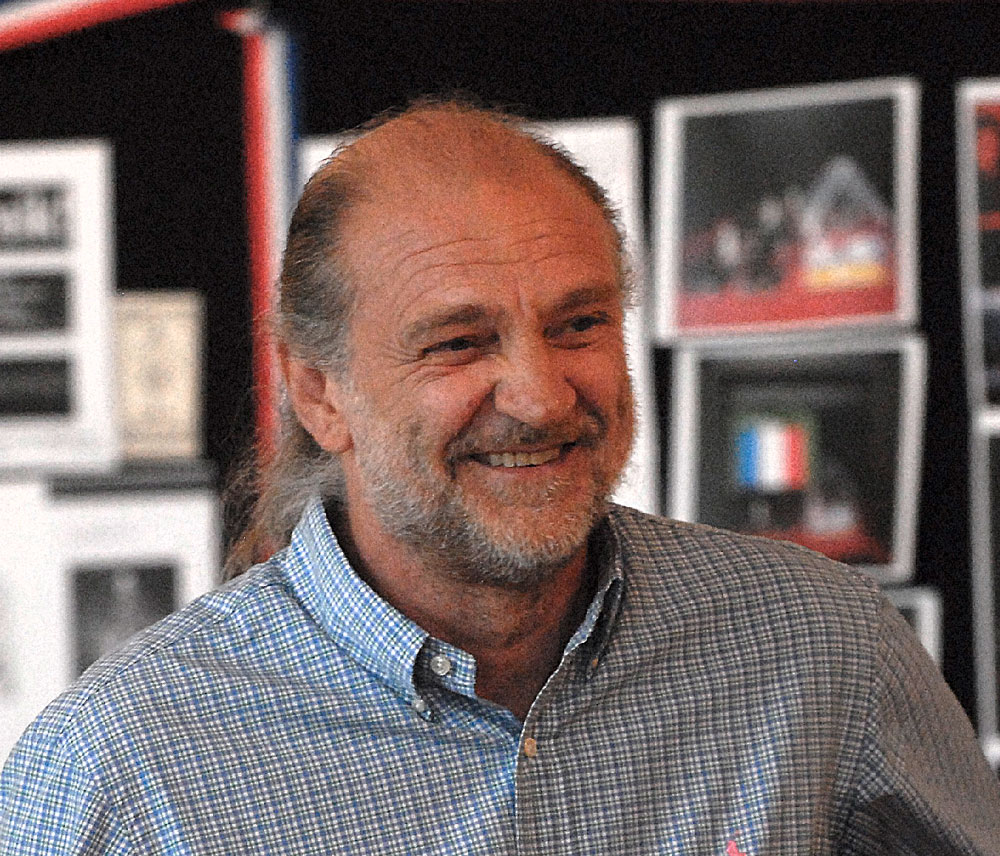 Peter Konwitschny, born in Frankfurt (Main), is living in Neumarkt i.d. Oberpfalz. He moved to Leipzig when his father was appointed as Gewandhauskapellmeister in 1948. Having studied at Berlin’s Hanns Eisler Academy, he was graduated as director for Musiktheater in 1971. He subsequently was an assistant to Ruth Berghaus when she directed the Berliner Ensemble.

From 1980 to 1985 Peter Konwitschny was free lancing as a director in several theatres. From 1986 to 1990 he was a member at Halle’s Staatstheater, where he strongly contributed for its Handel revival, directing Floridante and Rinaldo.

Starting in 1991, he directed seven operas at the Graz Opera during Gerhard Brunner’s tenure as General Manager. His highly acclaimed interpretations of Verdi’s Aida, Macbeth and Falstaff were decisive for five nominations by the jury of Germany’s magazine OPERNWELT. Peter Konwitschny was the Director, Joerg Kossdorff  the Stage Designer, Jacek Strauch the Male Singer, Falstaff as the Production and Graz as the Opera House of the Year 2001. The jury’s vote resulted in the second highest majority ever.

Lohengrin, directed in Hamburg in 1998, highlighted his series of important stagings of Wagner’s operas, to be followed by his memorable reading of Götterdämmerung in Stuttgart in 2000. Closely collaborating with Ingo Metzmacher as conductor, Peter Konwitschny called Hamburg his artistic residency for several years - with eleven productions, including Verdi’s Don Carlos, Wagner’s Die Meistersinger von Nürnberg and Berg’s Wozzeck. Stuttgart’s and Hamburg’s nominations as the Opera Houses of the Year were widely due to his artistic contribution.

Peter Konwitschny is the sole director, who has been nominated Director of the Year six times already. His dramatic approach is strongly influenced by Brecht’s intention to activate the spectators intellectually, not to just to inform or entertain them. This activation is seen by him as the only way how the performing arts can remain to be an integral element of our human existence.

Peter Konwitschny is a member of three major Academies of the Arts, namely in Dresden, Hamburg and Berlin, where his directorial work is documented extensively.

Peter Konwutschny received FAUST, the prize of the German Bühnenverein, for his revival of Halevy’s La Juive in 2016. His creativity in reviving the French operatic repertory was continued in Stuttgart, Dresden and Dortmund, where he directed Cherubini’s Medea, Meyerbeer’s Les Huguenots and Auber’s La muette de Portici.

German titles, however, remained central for his operatic work. He directed Rihm’s Die Eroberung von Mexico (The Conquest of Mexico) at the Salzburg Festival (2015),  Egk’s Peer Gynt in Vienna (2017),  Schoeck’s Penthesilea in Bonn (2017) and Zimmermann’s Die Soldaten in Nuremberg (2018).

His rediscovery of an almost forgotten opera by Paul Dessau, Lanzelot,  was highly praised in the current season. The work is scheduled in Weimar and Erfurt.